Mahabalipuram – The Glorious Reflection of the Past

Unparalleled in aesthetic appeal, Mahabalipuram is one of the most 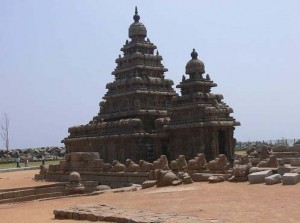 wondrous tourist destinations of South India. Leaving tourists hypnotized with its mesmerizing attractions, it is truly fascinating to the hilt. Its beautiful beaches, serene environment, ancient temples and rich cultural heritage attract tourists from across the globe. This arresting town of TamilNadu is also known for its stone sculpture industry and rock-cut caves.

Some of the major attractions of Mahabalipuram are:

Built in the 8th century at the sea shore, the Shore Temple is a World Heritage Site. With blue sky and mesmerizing sea as the backdrop, the temple is set in a perfect environment. The sight of the temple in evening with the sun spreading its golden rays on the temple, mesmerizing sound of waves and the music of the cool breeze are simply breathtaking. Reflecting one of the finest examples of Dravadian style of architecture, the temple boasts of arresting carvings. Some of the structures of the temple got ruined over the period of time.

Deriving its name from Arjun, the hero of the great Hindu epic Mahabharata, Arjuna’s Penance is a wonderful open air bas-relief statue built in the 7th century. Bas-Relief is a kind of carving or sculpture in which the figures are raised a few inches from a flat background to give a three-dimensional effect. Popularly known as ‘The Descent of Ganga’, this bas-relief has a height of 43 feet and is perched on a rock. There is a legend linked to it. It is an extremely beautiful structure. The wonderful Mahabalipuram Dance Festival is held at Arjuna’s Penance in the month of January.

Recognized as a World Heritage Site, Panca Rathas are the incredible cave temples built in the 7th century by Narsimha, the Pallava Ruler. Named after the five Pandavas, the mythological figures, Pancha Rathas are a perfect example of rock-cut style of architecture. The five Rathas are Dharmaraja Ratha, Bhima Ratha, Arjun Ratha, Draupadi Ratha and Nakul Sahadev Ratha.

South India is a fascinating tourist destination, which is unmatched when it comes to attractions. Tamil Nadu is a great tourist place in South India where one can enjoy a variety of attractions like beaches and temples. Mahabalipuram is a peaceful destination in Tamil Nadu, where beauty is found in plenty. 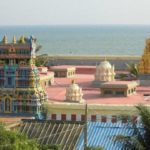 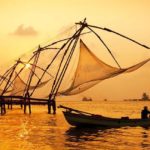 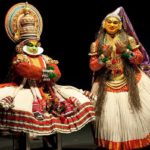