Hampi – The City of Fascinating Ruins

Last weekend I visited Hampi with two of my friends who had recently shifted to Bangalore. Hampi is the land of architectural delight which has fascinated everyone who visited this mystic place. It is located about 370 km away from Bangalore and can be reached both by the rail and the bus. We decided to board Hampi Express from Bangalore at 22:30 and reached Hospet next morning. From here we took a bus to Hampi. The ride between Hampi and Hospet is of 30 minutes. The huge stone structures on both the sides of the road indicated that we had reached our destination.

Hampi is a UNESCO World heritage site. It is the land of ancient ruins which is surrounded by giant boulders and renowned for its unbelievingly architectural beauty. We started our sightseeing at around 9 am after having good breakfast. We also took sufficient amount of eatables with us and decided to explore this architectural land on foot.

Hampi is the city of fascinating ruins which was established by the 15th century Vijayanagara Empire. It is one of the richest heritage places of Karnataka which houses more than 500 historical monuments. The intricate theme based carvings of every monument of this place has its own story to utter that leaves lasting effect on visitors.

From the array of monuments we decided to visit only well known structures. First of all we visited the Vijaya Vittala Temple which is the most splendid monument of Hampi. This majestic architectural beauty is known for its intricate rock carvings. It is the most decorated temples of the Vijayanagar kingdom which was built by Krishnadeva Raya. This temple is dedicated to Lord Vittala who is an incarnation of Lord Vishnu.
The most staggering features of this temple are its 56 musical pillars which produce musical sounds on tapping. These pillars are popularly known as Musical Pillars or SaReGaMa pillars. We also tapped and the echoed sound that came out is beyond description. The main temple occupies the center and its complex is divided into three distinct sections called Ardhamantapa, Maha, Mantapa and Garbhagriha.

Another most fascinating attraction of this temple is its heavy stone chariot with movable wheels. Design, construction and sculpture of this imposing structure astounded us. We touched its wheel and tried to rotate it as if we wanted to unfold the enfolded history and mystery behind this magnificent structure.

The architectural grandiose of this temple consumed our whole day. But it is worth to spend. While returning we paid a short visit to House of Victory, Underground Temple, Chandramauleshwar Temple and Lotus Mahal. 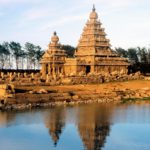 Tour to Tamilnadu is Only a Round-Trip to Heavenly Presence 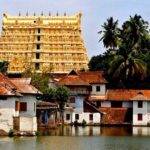 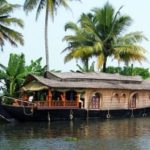