Experience the Best of Nature Casting at Kerala Beaches 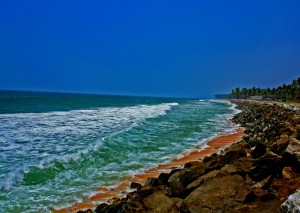 Kerala among the most sought after tourist destinations of India renowned across the globe for its amalgamated beauty of nature and culture. Teeming wildlife, mesmerizing backwaters, enchanting hill stations, tea and spice plantations are foremost attractions of this place. However, the charm of Kerala Beaches stands alone.

Last month during my Kerala Tour, I have experienced the speckled charm and unparallel beauty of Kerala Beaches whose memory still lingers in my mind. The miles stretch of Kerala coastline is dotted with a number of serene and scenic beaches. Each of these beaches has its own charm and glamour, which spellbind tourists who come here from across the globe.

Kovalam Beach is the place where I spent my last vacation. It is located around 13 km from Thiruvananthapuram. The Kovalam is made up of a three bow-shaped beaches separated by the mountain terrain. The largest beach is known as Light House Beach because of its 35 meter high lighthouse, situated on Kurumkal hillock. The second largest one is Hawah Beach. It was the first topless beach in India but now topless bathing has been banned here. And the third is Samudra Beach which is famous among the local fishermen of Kovalam.

For whole day I was lost in the scenic vistas of this place which enthralls me most. The beauty of rising and falling waves washing the shore was among the most delighted scene which I can ever forget in my life. I was standing on the shore and waves lapping my feet were really a thrilling experience.  Though Kovalam is the most sought after beaches in Kerala yet there are many other popular beaches which attract significant number of tourists during their Kerala tour.

Some of the popular Kerala Beaches are:

This is one of the popular Kerala Beaches located 54 Km north from Thiruvananthapuram, the capital of Kerala. It is also known as ‘Papanasam beach’ because of a belief that a dip in the holy water of this beach eliminates body impurities and sins. The presence of natural springs in the nearby area makes this a popular destination for Ayurvedic therapies.

This beach is famous for its 15 kilometers long golden stretch of sand, which is bordered by Vypeen Island from the northern side. The composite beauty of sea and backwaters, lush green coconut palms and paddy fields make this beach a paradise for nature lovers and swimmers.

This is the historic beach of Kerala were Portuguese explorer Vasco Da Gama landed on May 20, 1498. Apart from the historical significance, this beach is also known for its serene and pristine ambiance, which attracts a number of tourists round the year.

This is a secluded beach which attracts a large number of tourists who loves to spend their time in the calmness of nature. The scenic charm is heightened by the presence of scattered black rocks. These scattered rocks not only heighten its scenic beauty but also protect it from deep currents and form a shallow pool of water. This pool is a swimmer’s paradise. The long sandy stretch of this beach makes it an ideal place for sunbathe or just laze around. 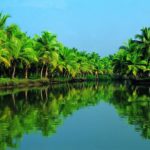 Alappuzha Beach – where Nature greets you 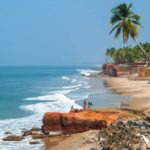 Beaches in South India are Paradise to Heavenly Living! 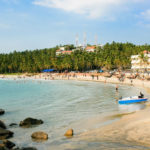